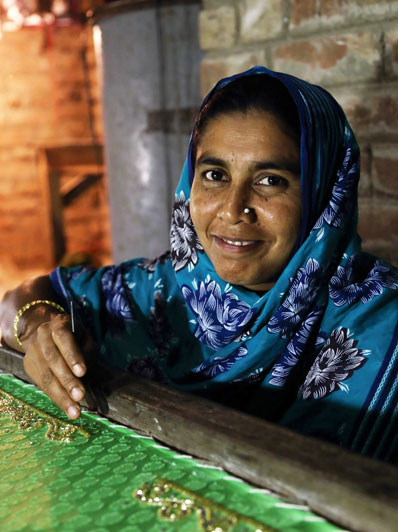 Surrounded by vividly coloured festive sarees and delicate zari, the image of kerosene lamps in close proximity to this inflammable material is a strong reminder of why DCBS started working with solar lamps in the first place. In 2011, DCBS founder Animesh Naiya noticed that three women had not paid their loan repayment instalments for a while. This was remarkable. Microfinance enterprises always point out how women are extremely good with their payments. In fact, Animesh says, “Banks take even 100 percent collateral, but for me, the only collateral is the promise of these women—and it is worth it. A woman’s promise is as good as gold.” So why were these women defaulting? He found that as they worked at embroidering sarees late at night amid frequent power failures, the kerosene lamps had accidentally fallen on the cloth and destroyed material worth a couple of thousands. The women could not pay back even with the best of intentions. Animesh saw the importance of the solar lamps, then being newly marketed.

Savera Lashkar, and her sister-in-law, Tanzila Lashkar, belong to a large family of zari workers, one among the many families in this area pursuing this occupation. The intervention of solar lamps in this combination of electricity failures and zari work has been powerful. Now, like the other women in these parts, the Lashkar women too use the solar lamp to work, cook, go out of the house, feed the cows… its sheer portability makes it an excellent multipurpose tool. Amongst the five brothers in the Lashkar family, they have five solar lamps. These came around three years back, along with the loans taken by Savera and Tanzila. Educated till Class 7 and married when she was 15, Savera, now 30 years old, came to a joint family that was already doing zari work. She joined the family labour force as a matter of course, as did her sister in-law Tanzila, 25 years old. In Savera’s case, it is not only her 18 month old daughter who doesn’t let the mother settle down for a chat; Savera is shy and embarrassed at being the focus of attention. Her husband Hasan-ul-Haq Lashkar is the prime mover—the one who deals with the market, gets work on commission, makes plans, and figures out the economics. And currently his main preoccupation is that the market for zari work is dwindling. Soon there won’t be enough earnings, let alone scope to expand. So he would like to diversify, perhaps have a tailoring and garments supplying setup, perhaps even a shop of his own. But more capital is needed, and the current upper limit of Rs 20,000 is not sufficient to fuel these plans. Savera is in enthusiastic agreement, “No point if we don’t get a larger loan, say about 50,000 Rupees.”Tanzila, younger than her sister-in-law by five years, and educated till Class 9, exudes that much more confidence. She is happy with the shop that she and her husband run nearby, in which they sell zari work sarees. Her wish is to expand the work further, increase her income and eventually buy some land for farming. It would also be nice to get the exposed brick walls of the house plastered and painted.
Both the women started taking loans in the year 2006 with a sum of Rs 5,000 each. Their current loan is for Rs 20,000. All the money has unfailingly been put into the business— for getting material and paying those they employ. Their workforce constitutes about 12-14 other women, most of them part of the extended family, who work with them in their big front hall. In peak season, which means around the Id and Durga Puja festivals, the two couples may each earn Rs 10,000-12,000 a month. On an average, even during lean months they make about Rs 5,000. Savera and Tanzila have escaped the kerosene thanks to solar lamps. 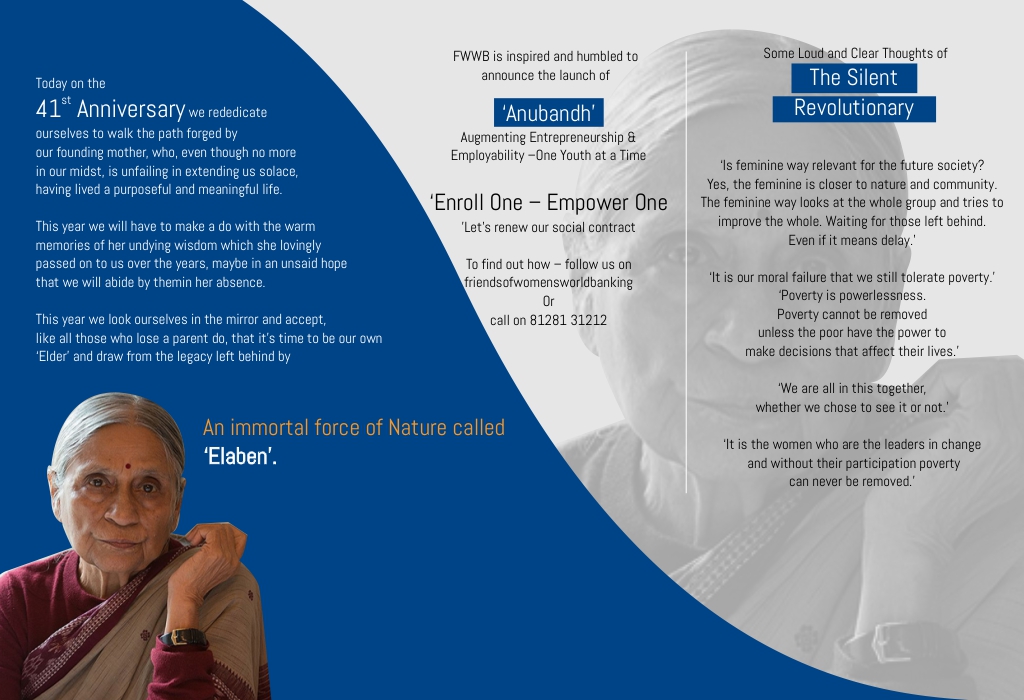